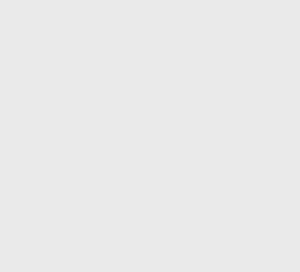 With hopes rising about vaccines and the end of lockdowns, could we see a rise in inflation when the economy reopens?

As vaccines continue to be deployed rapidly around much of the world, hopes are increasing about the global economic recovery. Many people expect there to be a strong rebound once coronavirus restrictions are lifted, but there are fears that the rebound could increase inflationary pressures.

As well as increasing demand, there are concerns that central bank quantitative easing (QE) programmes and increased government spending could combine to push up the rate of inflation. Notably, US President Biden’s $1.9 trillion stimulus package is likely to be introduced in March.

What would higher inflation mean for investors?

Government bond yields have been rising substantially (which means prices have fallen) as investors price in the impact of higher inflation on returns. Inflation is bad news for government bonds because it erodes the real value of the fixed interest rates that they pay.

The concerns have also affected the stock market. Investors are worried that if inflation spirals out of control then banks will have to stop QE and perhaps increase interest rates. That would be bad news for big tech companies in particular, where today’s share prices depend on rates remaining low. While low rates increase the current value of their future cash flows, the present value of future earnings falls if rates rise.

As a result, cyclical stocks that are more sensitive to the economy, such as industrials, are looking more attractive, while growth stocks like tech are becoming less popular.

Could inflation spiral out of control?

While inflation is likely to increase in certain areas of the economy after lockdowns ease, we believe it would just be a short-lived rise. Longer-term deflationary forces including ageing demographics, low productivity growth and efficient global supply chains cast doubt over predications of a new age of higher inflation.

We’re also confident that if inflation does increase slightly then it’s likely to be because economic growth is strong, which is in turn good for company profits and investment returns. With interest rates at record low levels, central banks have plenty of room to increase them to levels that would still be below the long-term average. Conditions in stock markets appear to have steadied already after the recent bond market tantrum.

Many companies performed better than expected in the fourth quarter of 2020. Tech giants reported strong earnings, with Apple’s revenue reaching $111.4 billion in its best quarter ever. Resilience from companies in more cyclical sectors reinforced shifting sentiment about the economy. For example, Caterpillar, which makes mining and construction equipment, beat expectations for the final three months of 2020 – earnings per share fell 22%, as opposed to the 30% estimated by analysts.

The recovery should benefit UK equities

The economic recovery should favour the more cyclical nature of the UK stock market, which is weighted towards sectors that are more sensitive to the economy, such as energy and financials.

Sterling also strengthened against the US dollar and euro as investors grew more confident about the UK’s vaccine programme and prospects for reopening the economy. In February, sterling rose to $1.40 against the dollar for the first time since 2018.